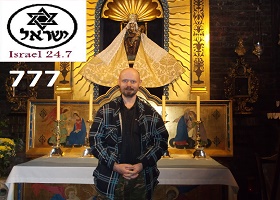 I came to Together's Kelvin Grove accommodation service when I was discharged from Wood Lea Clinic, the secure unit that I lived in at the time. I'd been in and out of there for years. When I came to Kelvin Grove in 2012, it seemed to me to be a nice place with nice people. I've made a lot of new friends here which I've enjoyed as I like being around people and it keeps me from feeling lonely. They're good people and we get on well - we have a lot in common. Meeting Chris and Louise who worked there, I saw that these were staff that cared.

I wanted to be independent, and Louise helped me to learn the shopping, cooking and basic health and safety skills that I needed to achieve that. I'm now finally able to live by myself, and when I moved out I continued to receive support from the same staff in their community support service, Together's Bedfordshire Your Way. The same staff who I know and trust from Kelvin Grove still work to support me in my mental health and wellbeing as I sometimes need help when I get unhappy and begin to feel down. Their support has made me feel more independent than I was - I can meet my friends now at my own place and I can DJ; my music is very important to me.

Bedfordshire Your Way gives me the support I need to stay independent, like occasional help with sticking to my medication or visits to markets. I always get to choose what I want to do, like going to the cinema with a support worker, and I decide on my own support which has helped my wellbeing. I also now attend Church regularly and volunteer with the British Heart Foundation, which Louise told me about and I really enjoy. I feel as though I have really done very well here.

My Name is Mr William Paul Houston, I enjoy Writing the Bible, Hymns, Colouring, Drawing, Walking, Listening to Music, and Going on the Computer, I also like going to Church, The Library, and out for walks. I also really enjoy going to new places, some of the places I have been and really enjoyed are: DUXFORD, CAMBRIDGE, LONDON, &amp; THE RACING. I am a happy, Talkative, Positive, and Knowledgeable person.

I like to tell all my online fan's about how wonderful I am about doing my own Official Website and Music how many years of hard work offline I am working on my Projects and doing my own material at home in my Village out of Town, and also I make my own music at home also I am a webmaster of my own at home, I am a Professional Artist also I like to tell everyone I am very busy and my Official Music means a lot to me and also I look after myself also and also take good care of myself and also I like my Church on Sunday I hope you like my Official website that I am working on - By Professional Artist Mr William Paul Houston.

Taylor was born in Riverside, California to Elayne and Jason Braff and has an older brother, Justin, and a younger brother, Mikey. Growing up, Taylor participated in various singing competitions throughout Southern California. At 15 years old she signed on with Manta Productions to begin production on an album. This lasted for about a year and a half until Taylor came into contact with Mark Jackson and Ian Scott who helped Taylor with a different sound. Around this time Jordyn was quickly rising on MySpace music charts. With the release of the song "Strong", Taylor became the number one unsigned artist on MySpace and was referred to by industry vets and fans as the "Official MySpace Princess".[citation needed] As of May 2013, Taylor has roughly 52 million plays on the social networking site.[1]

A few years after the release of Strong, Taylor signed on with Interscope records.[2] During this time she performed hosting duties for a MySpace music themed talk show, interviewing several celebrity guests including Carrie Underwood, Ryan Tedder and LMFAO.

In February 2009, the song "Accessory" was included in the soundtrack for the film Confessions of a Shopaholic.[3] While writing and recording with industry vets such as Darkchild, Fernando Garibay and RedOne. However, nothing took off like Taylor was anticipating and so she asked for release from her contract in 2010, shortly after the release of her single Female Intuition, which failed to chart.

Jordyn took a few months off from recording and writing in early 2010, however that Fall she started writing and recording exclusively with Jeff Victuelles and Matt Wong. Taylor stated that she intended on releasing the album independently at first but come early 2011, she was approached by STAR BASE, an R&amp;B music label in Japan. From September 2010 to January 2012, Taylor recorded and wrote her self-titled debut album, "Jordyn Taylor" along with Matt Wong and Jeff Victuelles.

The album was released in March 2012 and was a hit, reaching a top 10 position on Japan's R&amp;B iTunes chart. Critical reception was well received - fan favorites on the album consisted of the lead single "Never Again", "Stuck" and "Be the Same" - a pop ballad about the recent passing of Jordyn's fiance. Throughout the year, Jordyn promoted the album with various shows in Japan. In July 2012, she departed from Star Base and began her contract with Space Shower Music.

Along with her new label, Jordyn crossed over from being labeled "R&amp;B" to "Pop" and for her next album, Shine this change was evident. Jordyn reunited with Matt Wong to create the album in roughly two months. The album was also well received, taking on more dance oriented tracks which is clear in the two singles, "Set Me Free" and "It's VABENE", which featured DJ HELLO KITTY.

In 2014, Taylor wrote a blog stating that she was taking a break from recording music for a living. She continued that she would continue to record and share music when the timing was right for her.[4]